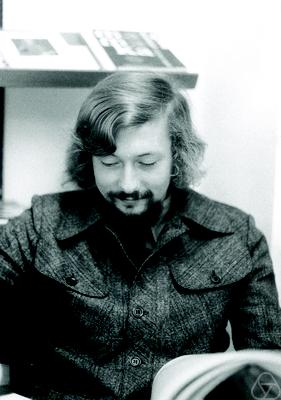 
Krzysztof Gawędzki (born in 1947 in Żarki, Poland) received his Ph.D. from the University of Warsaw in 1971 under Krzysztof Maurin, and then continued as a researcher at the Department of Mathematical Methods in Physics in Warsaw. In 1979-1980 he was invited to Harvard as an instructor, and there he worked in Arthur Jaffe's group. The martial law in Poland in 1981 forced him to emigrate and he was invited to IHES where, after obtaining a position at CNRS in 1982, he stayed until 1999. In 2000 he was appointed a professor at the École Normale Supérieure in Lyon, where he is currently a professor emeritus. In 1986 he was an invited speaker at the International Congress of Mathematics in Berkeley. His main field at the beginning of his career was quantum field theory. Together with A. Kupiainen, he developed rigorous renormalization group methods for quantum field theory and statistical physics and made seminal contributions to conformal field theory, in particular to the Wess-Zumino-Witten-Novikov models. Later in the 90's he concentrated on the studies of turbulence; together with Kupiainen he described and quantified anomalous scaling behavior in the advection of a scalar field. In that field he also had fruitful collaboration with G. Falcovich and M. Vergassola. In recent years, Gawędzki made seminal contributions to non-equilibrium statistical mechanics, in particular to fluctuation theorems and the theory of entropy production, as well as to the theory of topological, in particular Floquet, insulators. Gawędzki passed away on January 21, 2022.